This article's such a beauty that I'm posting the whole thing here...
Copyright 2004 Newsday, Inc

"Forward!" I commanded.
"I'm not going there," the cabdriver said. He stopped in the middle of the street, short of Columbus Circle.
Just ahead was a wall of guns, a neon arsenal, around the big new rich hotel, the Mandarin.

In all my time in my city I have never seen this many guns. Not just little guns that you fit in a holster. But great big cannons that were being held by men peering out from under helmets and dressed otherwise for battle.
"They look like they're afraid that someone is going to get killed," I said.
"Me," the cabdriver said.
This was on New Year's Eve, after our 140,000 troops captured Saddam Hussein and made America safe for freedom and liberty and democracy.

Later, in the flow of the news, here was the mayor of Las Vegas, the great Oscar Goodman, waving at the sky to show the air power over the Strip. Try to hurt Oscar's hotels and that arm goes up in the air and brings down an air strike.
Also, he cheerfully reported the available firepower on his streets. Once, Oscar stood in front of a defendant, Nicky Scarfo, and told the jury, "I want you to concentrate on one thing: Forget the gun."

After Saddam's capture, there was a weekend of propaganda. We examined Saddam Hussein for scarlet fever in front of the world. The Pekingese of the Press raved about the government and its soldiers. Saddam is in the can. We are safer!
On the day he was found, an American soldier was killed. After that, 10 more were killed in a week. We just lost four more on Friday. Bring 'em on, Bush the president says. Yes we will, Iraqis say.
The Homeland Security raised the alert to orange. Planes from other countries were canceled. Specific passengers were the dangers. There was a baby with a rattle that they thought could blow up America. All passengers went undetained and unnamed. If they knew who they are and we know who they are, who are we keeping it a secret from?
The secret keepers could be the same speechwriters who wrote Bush's State of the Union speech last year about weapons of mass destruction. I make it 7-5 that they will use one of these planes as proof of success against terrorists.

On the other side of politics, Howard Dean, Democratic candidate for president, didn't think Saddam Hussein's capture made us any safer in America. The other politicians screamed that was un-American. It was John Kerry who said, How could Dean dare say that we were not safer now? Kerry is so sure we're safe that he mortgaged his house the other day to have the money to say Dean is a traitor. This is only before the first primary and Kerry goes for the roof over his head. He seems ready to go naked on these primaries.

Howard Dean then said that he was old-fashioned and he didn't think you could judge or punish Osama bin Laden until you had a trial and found him guilty.

Suddenly, politicians and the news industry shouted, What are you talking about innocent until found guilty? How can this man Dean say that bin Laden deserves a trial? They said that this was a perfect illustration of Dean talking without thought. And completely un-American, too.

In 1945, they had the Nuremburg trials for Nazis who had killed tens and tens of millions, and had judges, witnesses, evidence and defense counsels. Just the other week, one of the Democratic candidates, Wesley Clark, testified in the Hague at the trial of Slobodan Milosevic of Yugoslavia.

Yet Joseph Lieberman, who is a peripheral candidate now and thus a nasty little man, said that because he relies on the Constitution, Dean is a weakling who would melt in the face of George Bush.
John Kerry and Dick Gephardt were wildly opposed.
Yet all Dean has to do in this big Des Moines debate today is ask each candidate, "Are you in favor of sentencing bin Laden before you have a trial?"
Let them answer in front of a country that is better than they are.

My friend, David Greenfield, a top lawyer in Manhattan who takes on murder cases, was reading some of this over the holiday. He was saying, "This is insanity. I thought everybody knew that no matter how high the crime or the criminal, the punishment phase always must follow the trial. These people, they want off with his head and we'll see if he's fit to stand trial."

The newsmen ought to be asked, too. Story after story said that Dean had made another gaffe; he had called for the Constitution to be used. I read some temporary insanity in a column by Robert Novak that totally omitted the Constitution. He is mentioned because he is big enough. The rest are Pekingese of the Press with fleas.

After this came every old Democratic job-holder hoping for a comeback and knowing Dean isn't the man to bring them back.

I made Joe Lockhart the model for all the old job-holders. He is a former Clinton flack, which made him the press agent for a red light house. He explained Monica Lewinsky to reporters. He is one of those news business failures who took up dreary government press agentry. John Gregory Dunne, who just passed away, always described the type as "the main-chancers who work for politicians more than the politicians themselves."

Lockhart said, and the news reporters copied, "It's the unplanned, offhand comments that often seem to play a critical role. You've got to be able to become a master of the game, not someone who just rails against the game."

Here is a flack whose last client was Bill Clinton, who lied under oath in a federal court.

In order to protect yourself from terrorism by politicians, you best pay attention to things like the American system of justice. We did pretty good with it. I'd hate to try it without it.

Don't miss this video...click on the photo.

Posted by Jude Nagurney Camwell at 10:55 PM
If Schwarzenegger lived in Singapore..... youch!

"I ate beef today and will continue to eat beef"
-G.W. Bush 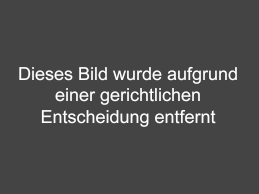 "....Dean spoke up about this when the Democratic Party's was cowering in fear. That has been the reason why Dean is the frontrunner and the reason why all the mudslinging against him has had almost no effect.
....let the RWSMs [RightWingScreechMonkeys] call Dean insane. They only look like nuts themselves by doing so.."

Posted by Jude Nagurney Camwell at 3:38 PM
Eternity is one of the three
Absolute aspects of G-d.


Globe and Mail: Are there parallel worlds?

Dan Falk details how string theory -- the so-called theory of everything -- might explain the structure of the universe. Of course, for it to work, there have to be a few extra dimensions.


I have several references for your reading pleasure, beginning with some rich tongue-in-cheek humor.

"...Hamid and I agreed that since neither one of us had the money to go to Geneva, we would sit down right there, in Secaucus, New Jersey, to negotiate our treaty. So while the rest of the guests were eating their choice of salmon with a mustard sauce or Beef Wellington with baked potato, Hamid and I got down to negotiating world peace, or as we call it "The Secaucus Peace Plan". We based the plan on the Geneva treaty that Mr. Powell supports.." -Jeff Dunetz/JWR- LINK

"...Opus Vey was a major player in the creation of the Oslo Accords, and most recently, they have been working to though their people in the U.S. State Department, trying to convince the Israeli Government that by turning the Temple Mount and the Tomb of Rachel over to Palestinians they will finally achieve peace. They need to be more careful though, the lack of consistency in State Department Mid-East policy is starting to make people a little suspicious..." -Jeff Dunetz/JWR - LINK

"...The premise of the Geneva agreement is that Israeli surrender will bring Mideast peace. It would require Israel to relinquish land, weaken its security, and yield tangible assets to the Palestinians. In exchange, the Palestinians would pledge to stop killing Israelis. Sound familiar? It's the 1993 Oslo formula all over again: Israel trades concessions on the ground for unenforceable Arab promises of peace." - Jeff Jacoby/JWR - LINK

On Howard Dean:
Dean must clarify his Middle East plans and intentions to convince Jewish voters..they will not settle for spin or generalisation. Media needs to concentrate less on his gaffes..ask the real/hard questions. - See article by Jonathan Tobin/JWR - LINK

On same-sex partners' rights:
"....(Jerusalem) A bill to give same-sex partners limited rights passed its first vote in the Israeli Parliament Monday...Under the legislation each partner in a common-law couple would be entitled to damages in the event of the death in an accident of one of the partners. The bill redefines "spouse" to include same-sex couples...."-LINK


Posted by Jude Nagurney Camwell at 3:13 PM
The Secret of Bush Popularity-