A Letter from an Ohio Citizen

A Letter from an Ohio Citizen

Flip-flop no more: This letter I received today, along with other discussions heard and observations made this morning, confirms that there is now a fresh consensus among most Democrats. After John Kerry's speech at the Democratic Convention last night, there is unity and support for both Mr. Edwards and Mr. Kerry; even among those who were skeptical at the beginning.
_____________


I wanted to write and tell you that tonight, in Hudson, Ohio, the boyhood home of John Brown, we had a convention party at a fine restaurant that drew 500 plus attendees. This gathering was the largest of its kind in the entire state of Ohio, and was put together by a wonderful woman named Chic Canfora, the sister of Alan --one of the wounded at Kent State. It was a rollicking good time, and was a grand display of grassroots citizens of every stripe that are ready to relieve our land of the sickness that is Bush.

The sight and sounds of John Kerry's comrades tonight, led by Max Cleland was almost too much to take. I honor these men's service, as I know you do. I shudder to imagine how the right will attempt turn this obviously genuine display of loyalty and duty into something unholy. But we know they are less than dogs , so try they will.

My friend, you know that cleansing the White House of these Constitutional criminals is what people like me have worked for. You also know that I (as I think you did too) had questions about John Kerry as our candidate. But I learned things tonight about John Kerry that I didn't really hadn't known or understood. I know, without question that our battle for the Constitution is our obligation and is just. But now I know that having Kerry as the leader of that battle is a sound choice. We are doing the right thing.

One last thing. If we are victorious in this election, it will be the doing of everyday people--people who took a stand when the stand was dangerous. People like you. From my family and me, thank you. I love what you do.

Here is a preview
Posted by Jude Nagurney Camwell at 10:05 PM

What is in tonight's convention nominating-film about John Kerry?

Michael Moore gave his own speech today in Cambridge at an "alternative" convention.
"One thing I do know about Kerry, he will not invade a country like George W. Bush did."

Joe Gandelman has a post commenting on and leading us to internet writing by blogger Dan Bricklin titled "DCon Bloggers: What Has Been Learned From Convention Blogging?" You can find a follow-up by Dan here. I would love to see Joe Gandelman cover the Republican Convention as a blogger.

Matt Drudge says Ron P. Reagan will rip away at Bush (and not just about stem cell research) in an upcoming Esquire article.

Boston Police are dealing with DNCC protestors, some who are not particularly choosy about which candidate to protest. One group set fire to a two-faced effigy--one side showing Bush, the other Kerry.

I think I could do a whole blogpost about the incredible lack of lustre and "hip" in the music and entertainment at this year's convention.

Thursday, July 29
Stronger at Home, Respected in the World

Anti-War or Anti-Bush?
Examining the state of democracy and social justice in America today, do we really have the luxury of that choice?

What should be our priority?

At the Chronicle, Debra Saunders writes a piece titled Herding Cats. She cites a general feeling of anxiety and a lack of exuberance in many convention delegates who believed the war in Iraq was wrong from the beginning. The feelings stem from the DNC strategy of backing away from harsh critiques of the war during this convention. She quotes from a recent letter written by Rabbi Michael Lerner stating that he believes the forces of peace are being isolated in the name of winning an election.

If setting an example of civility was the reason to tone down the speech-rhetoric, then why, as Ms. Saunders suggests, did the crowds go wild upon hearing little Ilana Wexler mock Dick Cheney in her "time-out" speech?

Saunders says: the Democratic Party is at odds with itself: Its members are hungry to win, but not enthusiastic about how they're getting there. Conventions usually fire delegates up, but many here instead have to cool their passions down. You see, the nominee's support of the war has left his many anti-war supporters in a dicey position. They've had to decide: Are they more anti-war or more anti-Bush?


I think that's a great question. Do we really have to make that distinction when making our choices in November? Are anti-Iraq war Democrats satisfied with what they've heard over the course of the last four days? The DNC strategy seems to be to attract as many new swing-voters as possible, believeing they will have full and uninterrupted unity from the anti-Bush crowd. Yet, some in the left wing are feeling they've been taken for a bit of a ride and wonder how sincere Kerry and Edwards are about the issue of peace, given that they both voted for the Iraq resolution in October, 2002. Has the DNC taken their left base for granted assuming they "hate" Bush more than they love peace?

How did we get here?

I am not sure what the fallout of this political strategy will be, but I can say that I haven't completely agreed with it for quite some time. I've wanted a Democratic candidate who could make an obvious distinction between himself and George W. Bush. I thought Howard Dean had done the best job and that's why I'd supported him steadfastly, at least until I realized the powers-that-be (and the primary voters) had decided against him. It's odd, though. The reaction I saw to Dr. Dean on Tuesday night as he came out to give his convention speech reminded me that he had been one of the candidates who had appealed to our better senses when the Democratic party in America seemed lost. He was our compass. (I credit Dennis Kucinich as well).


Where are we now?

David Broder quotes a Boston Globe survey (of 400 delegates) where 80% say they opposed the decision to start a war in Iraq and 95% oppose it now. The DNC can try to convince journalists covering the convention that they've eliminated internal differences, yet I wonder how many delegates would agree with my thoughts from last summer?

As for me, a progressive, I'm one of those "Imagine"-style dreamers a la John Lennon. And I know I'm not the only one. I realize that if I sit on my ass on Election Day and gripe about the DNC failing to rip the Iraq war to shreds during the campaign, that I may well be partly responsible for the re-election of a man who never gave a second thought about 50% of America when he lied to them and pushed an unnecessary war upon them and when his (majority) ilk in Congress shoved unwanted liberty-sucking laws down our throats. 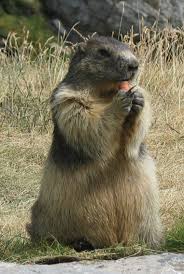 Regardless of my stand on the Iraq war, if a marmot approached the podium tonight to give his acceptance speech, I'd be sure to get off my tail on election day and pull the lever (or touch the election screen) for him rather than having to know my lack of participation may have contributed to four more years of the democracy-killing Bush.

John Edwards spoke of hope last night in his convention speech. This election is all about hope, no matter what we think of the state of the Democratic party. We have to move toward a better day, and we are faced with a choice to either vote with hope in November or vote against it by voting (or abstaining) and getting four more years of slow death to our democracy. There will be time to make necessary changes within our party once we establish that we will be enabled to ensure the survival of the democratic process that will faciliatete that change. We must use our heads. We must have priorities.

I hope the DNC strategists haven't turned off more than they've attracted with their toned-down strategy.


Last thoughts and a question for you

Where there is an electoral overthrow of Bush, there will be hope.

We need to understand this clearly, whether we're for the war or against it.

As corny as this may sound, I love my country and its people and I cannot sit back and watch the Bush administration take us backward.


"It is said that America
is a land where dreams
can be transformed
into reality."