In today's Washington Post, David Von Drehle discusses just how pervasive the political split is in today's America. It is the first of three promised articles. Both Kerry and Bush reach for the center, Mr. Von Drehle claims, yet their "basic colors" show through...especially in a political system that is intent on pulling them apart with the production of perfect archetypes of Red and Blue.

Posted by Jude Nagurney Camwell at 5:28 PM
Estee is gone

The beauty is left behind. She was quite a lady.
*click photo to read her story*
Posted by Jude Nagurney Camwell at 3:25 PM
Robert Fisk: "Shut up. Don't criticise Israel."

If you or I suggest that the Palestinians are getting a raw deal under Israeli occupation, then we are "anti-Semitic"? BALONEY!

In America, the great land of free speech...the land whose very freedom and security rests upon accuracy-in truth in our foreign policy....in a post 9-11 world gone mad with strife borne of hatred in the Middle East...we will not be censored or silenced by those who would employ political psychology to protect and promote their agenda. We are not anti-Semitic. We are solution-seekers with a clear moral goal. That goal is peace and justice for all people.

What is Ariel Sharon's goal? What is the Palestinian Authority's goal? If either side aims for peace, their respective sides have certainly done an abominable job of showing it over the past 50 years. The hatred spewing from the conflict has spilled over to America. In case anyone hasn't noticed lately, the World Trade Centers are missing. If we choose to speak out about actual history and if we can seek truly peaceful solutions, we are not anti-Semitic. As a matter of fact, the solution-seekers hold the higher moral ground. Those who would finger-point and cry "Anti-Semite!" should hang their heads in moral shame.

Americans recite the words "..with liberty and justice for all..." in the Pledge of Allegiance every day. It's an ingrained American value. So shoot us already if we apply that nugget of wisdom to our ideas about fairness in the Middle East!

Incidentally, we Americans DO pledge allegiance each day...to AMERICA. We are not one and the same as the State of Israel. They are in political propinquity with the U.S....but never admitted to this American union as far as I recall. (Did I miss something?) We must act in the utmost best interests of the American people. If that must include brutal honesty about the spill-over effects of terror on our American security, then let's have at it.
Posted by Jude Nagurney Camwell at 2:44 PM
Maureen Dowd on BushWorld


Kudos to Maureen for an entertaining and all-too-true tale about the alternative America "brought on" by the world o'Bush.
I'm so glad she's taken up a collection of prescient observations already made and spread throughout the blogdom.

Posted by Jude Nagurney Camwell at 1:27 PM
The Fallujah fight is looming


Our forces will likely soon converge upon Fallujah. There will be many deaths. We are confident that God the best technology will be on our side. We will militarily prevail. Hearts and minds don't really matter anymore. Resistance was a bloody and atrocious inconvenience to the propaganda-hopefuls.

Perhaps if we kill some of them we can get back on the road to winning the surviving hearts. 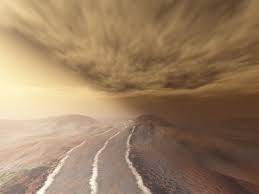 A blinding sandstorm sweeps across Fallujah, Marine commanders study maps and plan lines of attack for an approaching battle....Marines encircle the city, awaiting a president's decision...awaiting an unknown fate... a mother in the city holds her child close to her breast. In America, the television says a free society in the heart of the Middle East will begin to change the world for the better...In America, the soldier's loving wife longs to hold her man in her lonely arms once again.


Afternoon Update:
At 12:40 pm, the Washington Post has reported:


Backing away from warnings that a new U.S. offensive on the city of Fallujah may be imminent, U.S. officials on Sunday announced that the occupation authority has shifted to a "political track" in an attempt to defuse the month-long crisis.

"I think we are going to show some combat patience and see if we can deliver this on a political track."
--Brig. Gen. Mark Kimmitt

Posted by Jude Nagurney Camwell at 11:20 AM
"This is becoming exotic now."

That was Saudi Prince Bandar's bewitched reaction to Tim Russert's determined questions on this morning's Meet the Press about who gave permission to allow airplanes to fly Saudis out of the U.S. on the morning of 9-11.

His reaction when asked about a Saudi telethon raising $92 million for suicide bombers? Nothing stands still...we've come through.. we're proud of it. I'm glad he's proud. Personally, I'm appalled.

The question of religious freedom? Wahabbi the only choice? Madrassas? That's not the reality. After 9-11, we Saudis were shaken to our roots. We looked at our education system. We found 10% questionable educational material. 5% was objectionable..
He claimed the anti-West education problem's already fixed? Really?

Richard Clarke examines the way we go about selecting the right lessons to learn. Clarke suggests that "partisan reaction" is destroying our ability to make the right choices.

Clarke believes that, rather than creating new organizations, we need to give the C.I.A. and F.B.I. "makeovers".

He reminds us that, even when Osama bin Laden is dead, his ideas will carry on. As in the old Beatles tune, Clarke says we won't get by without a little help from our friends. He suggests we'll need help from our Muslim friends. My first thought was: Do we have any friends left...and are they the right kind of friends? The enemy of our enemy is not usually our friend. Saddam Hussein and Osama Bin Laden were once used to assist America in her ambition.