They won't play partisan politics...and maybe they figure it was damning enough for poor George the first time around. -wink-

NBC's lawyers are working on rendering silent the "Meet the Press" footage used within this DNC ad. CBS has not yet said if they will or will not ask the DNC to cease the use of the "60 Minutes" footage with Ben Barnes in the same ad.

The swing states are getting a clear message from top Progressive leaders. In a recent proclamation, the message is:

Vote for Kerry, not Nader.

See a partial list of signers here.
These are not pantywaist progressives.
These progressives are the real deal. Among them are Noam Chomsky, Howard Zinn, Cornel West, Rabbi Michael Lerner, and Norman Solomon.
They're the big guns of progressive politics and they are stressing the necessity of strategic voting in swing states this time around.

Meanwhile, that progressive-hugging fellow (grin), Jeb Bush, is trying his hardest to give his brother a "leg-up" on the election by overseeing a senior Republican-appointed official ordering Nader's name reinstated on the Florida ballot.


Ahman Mohammad, his chubby, 20-year-old face scarred with burn marks, his arms charred to the bone, lies on a blood-stained bed at Karkh Hospital and tries to make sense of the day’s horror, etched in his mind like a Hieronymus Bosch painting.

"Human beings were piled one on top of the other like pieces of meat," he says, shivering. "I’m all choked up with shock. I saw it with my own eyes."


Today's Scotsman editorial documents the many failures on the Iraq war, and recommends:
-The administrations in the US and Britain need to focus on Iraq as their number-one priority
-Elections must go ahead as soon as possible, in order to isolate the insurgency.
-The security situation in Baghdad must be stabilised as soon as possible. If that means more coalition troops being deployed, so be it.


The Scotsman also has a piece by Borzou Orzou Daragahi (in Baghdad) about distraught Iraqis, who are are blaming the US as more innocent blood is shed. Hossein Ali Hossein is a 41 year-old train driver who was sitting in a tea shop when an explosion occurred. He said: "This was a peaceful, modest lower-middle-class neighbourhood where everyone cared about everyone. I was born here. This explosion has changed everything in this neighbourhood forever."

Last, at the Scotsman, Colin Freeman gives us a brutally honest assessment of the lie "turn-over of sovereignty" has become. Iraq is listing towards total anarchy, and the fact that US troops regularly give the enemy an easy hiding--killing scores, sometimes hundreds at a time--is no comfort.

The bullish confidence of George W. Bush boasting of his successes at the election rally podiums is startling in contrast to the news coming out of Iraq.

Posted by Jude Nagurney Camwell at 10:28 AM

While you shell out your hard-earned tax dollars to the Federal government, the fat cats of K Street hire the washed-up Republican Congressmen who took major corporate contributions for many years, ensuring a continuity of the great mammonite partnership-- the Republican/Corporate oligarchy.

They have plans for your tax dollars and they don't
care what your ideology might be.
It's not about you or your democratic freedom.
It's about their power and their agenda.

Seven figures isn't too bad for a position with the K Street Project, a GOP-led effort to persuade lobbying firms to hire Republicans in their top positions.
Democrats are virtually persona non grata.


Posted by Jude Nagurney Camwell at 9:18 AM

Dan Rather Isn't Running for President 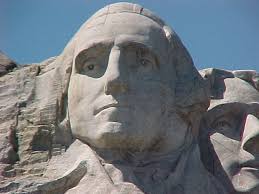 This is not Dan Rather


Dan Rather Isn't Running for President

I think Dan Rather should ask Marian Carr Knox, the 86-year old retired Ellington AFB secretary who worked for Lt. Col. Jerry Killian to give him an exclusive interview. I have a feeling she'd be a fascinating woman. If there's a mea culpa due to the American people over this memo authenticity flap (and I think there may be), it could be offered with a healthy dose of 'first-hand witness'. She might be characterized by those who wish to destroy her credibility as a sweet but confused old lady, but I think most Americans would love to see her side of the story.


"I had more time to talk to my father and know what he thought about those things than Ms. Carr, bless her heart."


I don't buy this sugared-up line of thought at all. I believe there are plenty of things we discuss at work that we never carry home to our children and our spouse. (Unless we're incredibly obsessed with our careers).

The story is a circus. Killian's son admits to being partisan (toward Bush) and so does Marian Carr (anti-Bush).

Ben Barnes' daughter thinks he lied, but she admits to having a strained relationship with her father. (It makes you thankful for having a good family relationship. Hell hath no fury like a daughter scorned).

The Bush campaign and the bloggers who love them best have been successful in getting the media to blur the actual content of Ben Barnes' message (he got Bush into the Guard so he could avoid Vietnam) with the Dan Rather memo circus.

Editor and Publisher reveals a disturbing story, leading me to believe that someone may have been trying to manipulate CBS (not that CBS shouldn't have known better):


USA Today has revealed that it, too, received letters and memos purportedly written in the early 1970s by Lt. Col. Jerry Killian, Bush's former commander in the Texas National Guard.

USA Today, like CBS, has refused to say how it got them, beyond saying that it was "from a person with knowledge of Texas Air National Guard operations. The person refused to be identified out of fear of retaliation. It is unclear where the the documents, if they are real, had been kept in the intervening three decades."

This may or may not be the same person who leaked them to CBS. Like the CBS documents they are copies, not originals.

USA TODAY: Amid criticism, CBS stands by its reports