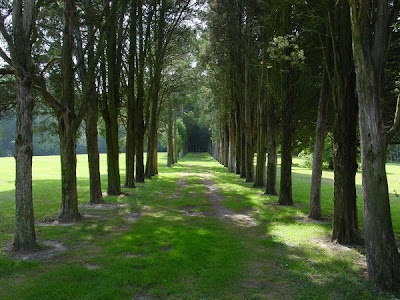 Constitution Day is today - September 17. Last Tuesday, in honor of this special day, I visited Gunston Hall, the home of George Mason (1725-1792), creator of the Virginia Declaration of Rights adopted in 1776 and used as the model for our national Constitution's Bill of Rights.

A tour guide named Ed gave me an extremely interesting and amusing history of the home, right down to the story of a silver bowl in the dining room in which each of the tweleve Mason children were baptized (of which only nine survived infancy) and the 250-year old hawthorn and cedar hedges that line the path to the beautiful Potomac.

As the delegates gathered at the Pennsylvania State House in May 1787 to "revise" the Articles of Confederation, then-Virginia delegate George Mason wrote,

"The Eyes of the United States are turned upon this Assembly and their Expectations raised to a very anxious Degree." 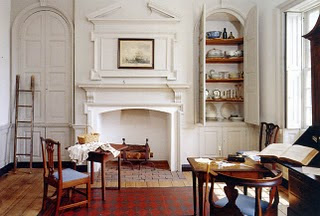 I was most impressed with one small item - a writing desk in a room called "the little parlor." It's in that small room where Mason sat down, deep in thought, and penned the Declaration.