FrontPage:
Karl Rove and Grover Norquist have not been very careful or apologetic about the financial contributions pouring in from those with questionable ties to radical Islam

"When asked by Wall Street Journal reporter Glenn Simpson if he thought radical Muslim groups such as the friends and associates of Khaled Saffuri were exercising "undue influence" at the White House, Karl Rove simply shrugged and replied, "No."

As evidence of Saffuri's ties to three prominent terrorist suspects deepens, say alarmed conservatives, those blanket denials may look to be increasingly hollow."

~~~~~~
Here's another case where Grover Norquist has shown that he rejects the rule of law in favor of playing politics. Many Republican senators (including Orrin Hatch and Bill Frist) are currently condemning two former aides who are being investigated for prying into Democrats' computer files. Some conservative leaders, including Norquist, are in disagreement. South Carolina Senator Lindsay Graham has said to Hatch and Frist:

"The conservatives [such as Norquist and Paul Weyrich] who offer a justification for this based on politics have missed the boat. You have rejected a political defense to an unethical or legal wrong and the day that a political defense is accepted, then we are off track, because the rule of law goes."

Senator Graham sounds like a gentleman.
Then we have boorish Grover Norquist ( a poor excuse for a decent human being if I've ever seen one), of whom it is said:

".... Grover Norquist, president of Americans for Tax Reform, says the rule of law doesn't apply here since the Democrats' files allegedly could be accessed on the committee computer network without any "hacking" or purloined passwords.
"If someone had really broken in and stolen their stuff, we would have no truck, but that is simply not the case," said Norquist. "They left these memos on an open server. If you wander around naked all the time, someone is going to see you naked."

Ugh.
What a creep.

This is Part Two of the series I mentioned earlier this week.


Posted by Jude Nagurney Camwell at 9:28 PM
Jesus the Palimpsest


"...while public furor in the United States "has always been over the `authenticity' of the Hollywood Jesus, the overlooked issue is really what this Jesus says about America, where we are and where we are going."


*see: palimpsest
Posted by Jude Nagurney Camwell at 1:46 PM
Jews call on EU to halt anti-Semitism
"We bring a message today - and that message is a warning to Europe... anti-Semitism and prejudice have returned. The monster is here with us once again"

Suggestions have ranged from setting up a permanent body to discuss inter-faith issues, to the EU backing a UN security council resolution condemning anti-Semitism. In light of everything that is happening today, I think it's time for the EU and the UN to consider this proposal.


Posted by Jude Nagurney Camwell at 1:39 PM
"Someone needs to tell the White House they're not running against Howard Dean anymore."
--Bruce Reed of the DLC on FOX news w/David Asman (today, 12:45 EST), when asked about the Democrats' criticism of the Iraq war.

What's wrong with Bruce Reed? Is this a proper-sounding defense when faced with hard questions about the Democrats' stand on the Iraq war? Did Howard Dean not teach these people ANYTHING? Does the DLC NOT realize that Howard Dean is still hanging (unified) with the Democratic party (when he, like Nader, could easily have gone for an Independent run?) How is it possible that Bruce Reed and his DLC is so ready and willing to forget how many Democrats in this nation still believe in Howard Dean's message? How is it possible that he's so willing and able to forget that Howard Dean still has a substantial number of delegates (and superdelegates) and although his campaign is suspended, he is still on the primary ballots of most states and is still standing to send as many progressive delegates as possible to the Democratic convention in Boston? My displeasure with the powers-that-be in the Democratic party grows stronger with every weakened lily-livered retort (like the one I've quoted).

The DLC is very disappointing to me. They seem to totally forget that anger is a wonderful and necessary catalyst for positive change. Instead, they defend and define themselves as the "not-all-that-angry" faction. They titled their latest manifesto "The Right Fight", citing their belief that anger alone won't beat Bush. That may be true, but when I read their 10-step plan, I nearly completely failed to see how they are actually going to balance the severe bleeding away of jobs in this country with a timely plan to help American middle-classers compete with third-worlders. Not only do they look afraid to boldly stand up to what so many of us know is wrong with the Bush administration's economic and foreign policy, they give us pie-in-the-sky generalities about how they will be different. I want to take America back from the Bush administration, but we will only do it the right way with a real plan for change..with genuinely incorruptible people... from the grassroots up. 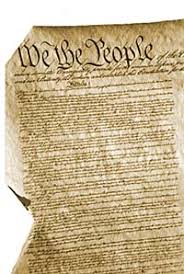 There are two ways spelled out in the Constitution for amendments....The second method is for a Constitutional Convention to be called by two-thirds of the legislatures of the states, and for that convention to propose one or more amendments. These amendments are then sent to the states. This route has never been taken.

I'll bet this will be the first time.

"Marriage cannot be severed from its cultural, religious and natural roots without weakening the good influence of society."
--GW Bush

Natural roots is really what it all boils down to. The Constitution was not meant to limit inalienable rights endowed by the Creator. Culture and religion are manmade structures and we were born free by our Creator to choose to join or not to join.
Then there is our nature. Is it not within any (consenting) adult's nature to want a partner with whom to share life?
(Regardless of how they decide, between the privacy of the consenting two, to express that love?)
This is going to be some debate....

If it's so important to "protect and defend" marriage, will President Bush start a national debate about a Constitutional amendment to ban divorce next? (Before those activist courts continue to grant all those heinous divorce decrees?)

I'm not surprised, but always disappointed by President Bush. His choice of politics over American democracy and freedom makes him a significantly anti-American character to me. His quick reliance upon marring our precious Constitution and creating a wedge amongst his own people will only make it easier to abuse that precious blueprint for freedom in the future. I'm very concerned about the direction in which our nation is headed.

According to the Washington Post, "thousands of gay rights supporters are posting open letters on the Internet urging Mary Cheney, the vice president's daughter, to speak out against amending the Constitution to ban same-sex marriage."

Here are blogger Andrew Sullivan's words:
"The president launched a war today against the civil rights of gay citizens and their families. And just as importantly, he launched a war to defile the most sacred document in the land. Rather than allow the contentious and difficult issue of equal marriage rights to be fought over in the states, rather than let politics and the law take their course, rather than keep the Constitution out of the culture wars, this president wants to drag the very founding document into his re-election campaign. He is proposing to remove civil rights from one group of American citizens - and do so in the Constitution itself. The message could not be plainer: these citizens do not fully belong in America. Their relationships must be stigmatized in the very Constitution itself. The document that should be uniting the country will now be used to divide it, to single out a group of people for discrimination itself, and to do so for narrow electoral purposes. Not since the horrifying legacy of Constitutional racial discrimination in this country has such a goal been even thought of, let alone pursued. Those of us who supported this president in 2000, who have backed him whole-heartedly during the war, who have endured scorn from our peers as a result, who trusted that this president was indeed a uniter rather than a divider, now know the truth."

Posted by Jude Nagurney Camwell at 11:37 AM
She Bangs!

William Hung is the latest cult-rage.

Who needs ^^ him when you can have him^^???
Hung photo credit: Fox broadcasting