GLASSPORT, Pa. (AP)--First, the Passion of the Christ. Now, the torment of the Easter Bunny?

It may not have been as gruesome as Mel Gibson's movie, but many parents and children got upset when a church trying to teach about Jesus' crucifixion performed an Easter show with actors whipping the Easter bunny and breaking eggs.

People who attended Saturday's show at Glassport's memorial stadium quoted performers as saying, ``There is no Easter bunny,'' and described the show as being a demonstration of how Jesus was crucified.

Melissa Salzmann, who brought her 4-year-old son J.T., said the program was inappropriate for young children. ``He was crying and asking me why the bunny was being whipped,'' Salzmann said.

Patty Bickerton, the youth minister at Glassport Assembly of God, said the performance wasn't meant to be offensive. Bickerton portrayed the Easter rabbit and said she tried to act with a tone of irreverence.

``The program was for all ages, not just the kids. We wanted to convey that Easter is not just about the Easter bunny, it is about Jesus Christ,'' Bickerton said.

Performers broke eggs meant for an Easter egg hunt and also portrayed a drunken man and a self-mutilating woman, said Jennifer Norelli-Burke, another parent who saw the show in Glassport, a community about 10 miles southeast of Pittsburgh.

``It was very disturbing,'' Norelli-Burke said. ``I could not believe what I saw. It wasn't anything I was expecting.''

Is this a recipe for another never-ending battle (like Israel/Palestine)? Colonel Dana J.H. Pittard sees places like eastern Diyala in Iraq becoming a "future battleground between Arabs and Kurds'' as the Kurds will try to regain land and homes snatched away by the former regime during its campaign of Arabization. The region harbors 53,000 displaced people, and serves as a corridor for illegal movements out of neighboring Iran. What on God's earth has Bush gotten our country into? I feel badly that most of the hard work Col. Pittard has done has been derailed by this Iraqi citizen uprising. I know people like the Colonel cannot or will not say it, but I blame the Pentagon and the Commander-in-Chief for rushing into this unnecessary and cruel war without a decent plan. I am not surprised it has turned out as it has. I pray for the safety of Col. Pittard's Brigade and hope he will truly be supported soon by his own Commander. My heart breaks for all of the people touched by this awful experiment.

Posted by Jude Nagurney Camwell at 9:34 PM
What did I just say yesterday?


.....more important, many critics believe, Bush should have listened to former Army chief of staff Gen. Eric Shinseki, who said a postwar occupying force in Iraq would have to number in the hundreds of thousands.....

Posted by Jude Nagurney Camwell at 2:48 PM
Praying for the Miners


The dead, the trapped, the injured.

When that sun comes up each morning and I walk down into that cold dark mine
I say a prayer to my dear saviour, please let me see the sunshine one more time.

Operation Hero Miles provides a way for you to help our troops stationed in Iraq and Afghanistan by donating your unused frequent flyer miles. Efforts are underway to make the donated miles more broadly available to all U.S. military personnel.

Posted by Jude Nagurney Camwell at 1:46 PM
Gurdjieff: The
Sunnite and the Shiite

This prescient wisdom was quoted in February by my guest-blogger Anonymoses:

"These two schools of the Mohammedan religion are called there the "Sunnite" and the "Shiite".
It is very interesting to note that the psychic hatred of each other formed in the psyche of the beings who belong to these two independent schools of one and the same religion has, on account of their frequent clashes, now been transformed completely into an organic hate.
Beings of certain European communities have during recent centuries greatly contributed to their incitement to the rise of this particular transformation on that strange being-function.
And they have employed and continue to employ this incitement in order that the animosity between the beings who follow these two independent schools of one and the same religion, should increase and that they should never unite, since if that were to happen, there might soon be an end there for those European communities.
...
And hence it is that accidentally arisen "newly baked" communities always rub their hands and rejoice when sparks fly between these Sunnites and Shiites, because they then count on a long and secure existence for themselves."
-G. Gurdjieff, "Beelzebub's Tales to His Grandson" circa 1950 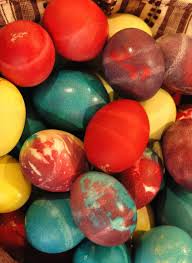 Speaking about the June 30 transfer of power in Iraq in relation to ongoing U.S. military support, Colin Powell said: "This will be a new government that is still getting its sea legs, that is still developing institutions of democracy, that has not yet finished a constitution and has not yet held an election to give it full legitimacy."

Sea legs? If it's a sea of blood, then sea legs it is, I suppose.

Powell says the growing casualties in Iraq are "disquieting", which means robbing one of peace/tranquility. Now he knows how the citizens of Iraq are feeling.

The Prez is back there again..on his 33rd visit to his Crawford ranch since becoming president. According to the Washington Post, he has spent all or part of 233 days on his Texas ranch since taking office, according to a tally by CBS News. Adding his 78 visits to Camp David and his five visits to Kennebunkport, Maine, Bush has spent all or part of 500 days in office at one of his three retreats, or more than 40 percent of his presidency. MUST BE NICE.

Bush was on his ranch on Aug. 6, 2001, when he ignored received a certain crucial intelligence briefing historical document called "Bin Laden Determined to Strike in US". "Historical" my hot-cross buns! The Bush White House is saying the "historical document" primarily focused on recounting al Qaeda's past efforts to attack the United States. It is only the most ignorant, non-curious of leaders and advisors who would have missed so many obvious threats, especially about plane hijackings....assuming the hijackings would be just the "traditional kind" and leave it at that.

On the campaign trial, John Kerry recently quipped that when Bush 'takes days off he totally relaxes: He doesn't watch television, he doesn't read the newspapers, he doesn't make long-term plans'. I guess he doesn't read CIA briefings historical documents, either. Gosh, let's hope he doesn't get any important correspondence this week.

The President's Dan Bartllett made an astoundingly damaging political retort about Kerry (NOT) .....Bartlett said that Bush is "not skiing" in Texas, as Kerry did on a recent vacation in Idaho. Oooooooo, tough stuff there, Dan.

I just read today that the repulsive government of North Korea has said the standoff over its atomic ambitions has put them on the brink of nuclear war against the U.S. I do not want Bush at the helm when and if push comes to shove. He's the last one I'd trust to see America through without the possibility of a nuclear exchange. I think he's brought us to this brink and I'm sickened by the thought.

I am already convinced our President isn't a natural at being incredibly intelligent. I've seen his dull-witted statements at press-conferences and on shows like Meet the Press.

Now I'm beginning to wonder if he has a conscience.
Posted by Jude Nagurney Camwell at 9:51 AM
Newer Posts Older Posts Home
Subscribe to: Posts (Atom)