Lex and John Harness the Power of Democratic Journalism

Lex and John Harness the Power
of Democratic Journalism


Saw this at Ed Cone. At Editor and Publisher, Jesse Oxfeld tells Part 2 of the story of The Little Publisher Who Could.
And will. 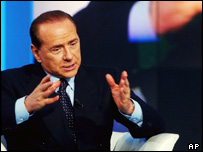 I'm not the only Nagurney talking about John Edwards.
Adam is the Nagourney with the bigger megaphone.
He's expounding on the topic I mentioned a couple days ago, which is the buzz about John Edwards. In an article titled From Rivals to Running Mates to Rivals, John Edwards says that he will decide whether or not he is going to run again, based on how Elizabeth - and how his family - are doing, and where the country is at that time.
I'm glad to hear he's keeping his options open.

Frankly, I like John Kerry very much and I have the utmost respect for him. Yet, I sometimes wonder why he could not carry the last election at a time when G.W. Bush had done such an incredibly bad job in the White House and had alienated so many citizens. I had said, all along, that it was John Kerry's election to win or lose.

Well, he lost. To me, he is still a powerful political figure, as I had said just after he'd lost the election. I thought his campaign was dismal, though, and I don't think John Edwards should be held back or made to suffer for that dismal campaign.

This is an interesting topic, and Adam is stirring up a lot of buzz and tension with his NYT article, I'm sure.
The partisan GOP-hugging rag Newsmax is trying to frame this as a "catfight" in their reference to Nagourney's article. Newsmax, generally more reliable to wipe your tail-end clean than trust to be fair, focuses wrongly on the past instead of the future. It reminds me of what I like about John Edwards - that he'd like to see less partisanship and more "one America for all".

T.J. Reynolds of the Pennsylvania Democrats has said that the most common question he got during the course of the presidential campaign was, 'Where was John Edwards'?

The question should be: 'Do we still want to know who John Edwards is?'

I think about how fellow candidate Dennis Kucinich relinquished his delegates in the Iowa caucus to the man he respected and liked - John Edwards.

I have a feeling that John Edwards has a great light yet to shine, and in talking with most moderate Democrats last fall, I heard this:
'I would rather have had John Edwards as the Presidential candidate. I really like him.'

I've heard it too many times to think it is not true. Edwards is quite popular where I live.

And I'm in New York state - home to Senator Clinton.

I am really enjoying the music offered on the Cambridge Independent Podcast. They are only in their second month and I wish Mike, Katie Taylor and the entire gang at CIP great success.

Episode #8 has a lovely cover of Oasis' Wonderwall by Mette Sutton. (*second song in). I think the featured group, Badwell Ash (student band- CRC), also has an impressive sound.

Cambridge Independent Podcast is featured this month at MacWorld magazine.

At his press conference today, President Bush said that he "likes the idea of people running for office."
A profound statement? No comment.

...which is why I didn't vote for Bush last November.
He seems to be more fond of starting wars and blowing other places up than helping out the common man in his own country.

He said that "people need to understand that we're a compassionate nation".
The way I see it, most folks don't appreciate lip service. People live what they learn by experience, and many people around the world have learned something different, by effect of our policies, than what the info-jangle of the President's lip service would provide.

Posted by Jude Nagurney Camwell at 11:01 AM
Labels: Bush

Wolfensohn to Wolfowitz - The Journey Down

Wolfensohn to Wolfowitz - The Journey Down

I've gotten a couple of e-mails asking me to comment on what I think about the appointment of Paul Wolfowitz to the World Bank.

My first reaction - Dear god, not him?! The chief architect of the highly unpopular elective American war in Iraq?

My second reaction - It figures. Why did I even remotely expect someone truly worthy of the task would be chosen by Bush?

My third reaction - I'll refer you to James D. Wolfensohn's words regarding the World Bank's place in the harmonization of agencies for poverty reduction at a path-breaking meeting which took place in Rome, Italy in 2003. Senior officials of over 20 multilateral and bilateral development organizations and about 50 countries spent two days discussing how they can improve the effectiveness of their work -how they can better fight poverty- by working more closely together.

"..we're getting stuck in these old historic perceptions about each other which are difficult to get through.

And so the first thing is to really say, Listen, guys, there's no way we can do it alone. Let's come together. And that means a big culture change for many of us, and central to that is harmonizing our efforts.

At my first meeting of the UNDP, the U.N. agency, I remember the then leader saying that he thought, after I'd been at the Bank and was saying this for a few months, that this was a very constructive thing, and they looked forward to coordinating the activities of the World Bank.

(said with laughter) I didn't say you could coordinate us. I said we'd cooperate.

And I guess all of us feel the same way, that none of us want to be coordinated. We all want to have our own independent views, but we must come together in a way that shows some consistency, shows some harmony and some sense of each other.

And so the first people to have to change is us, and that I guess is the purpose of this meeting; to try and see how we can change in order to make more effective the work of people like President Mkapa and his colleagues on the ground....

With Wolfowitz as head of the World Bank, those "old historic perceptions" are going to be "perceived" once again. And rightly, to my way of thinking. The man has proven himself to be an ideologue of maximum neoconservative proportions.

Knowing the value that the current adminstration places on wealth over all other values (proven by nearly every policy they promote), I am not encouraged by this appointment at all.

Waveflux says: "This administration has gone completely through the looking glass."